Looks like I’m now eligible for 20% off my AT&T wireless phone thanks to where I work. It’s $20/mo but my bill should be much closer to $80 instead of over $100 for unlimited data. Say $20/mo savings * 12 = $240/yr. I upgrade to a new phone every two years and it runs around $199. So basically 2 months free, a new phone every time I upgrade or 4-6 tanks of gas… and a whopping $5/mo on my FIOS bill. Still thinking about other ways to lower that one and what I’m willing to give up. Just sharing my gratitude.. 🙂

To put things into perspective in case I forgot why I sacrifice. Courtesy of unbury.me. 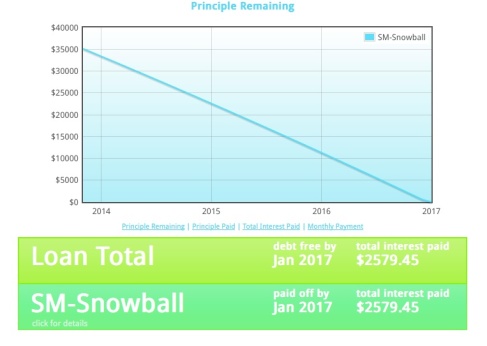 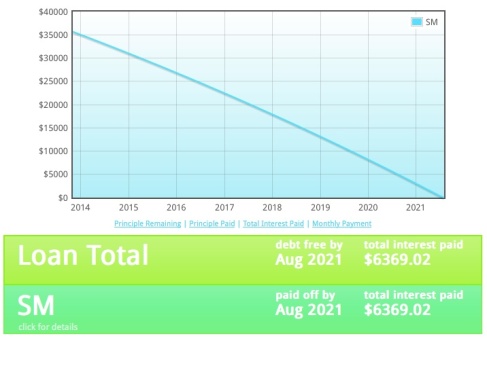 No I didn’t forget about this. Student loan is down to $35,925.89 as of 11/9. This month has been a challenge as my credit card balance was $1k at one point, it’s $407 now, will be around $900 after the bill from the plumber hits. I have enough to pay the balance after my next paycheck (less than a week from now), but may not be able to do the ~$547 payment I do in the middle of the month and still have extra cash leftover. I could pay half of it now and the rest later. I hate getting behind on my plan though.

Anniversary date is coming up soon too. I want to do something special that won’t break the bank….

This marks my 100th post to this blog. I didn’t think I had it in me really to stay committed to writing a blog about getting out of debt and sticking to it. Giving myself an obligatory pat on the back. Now get back to work and keep making smarter decisions…

That statement is subject to interpretation. Long story short, Nissan North America recently issued a recall on my soon to be 6 year old Altima.

Nissan has discovered that your Altima may be equipped with an improperly calibrated Engine Control Module (ECM) that may incorrectly detect engine valve closure as engine knock. Due to this issue you may experience some minor drivability symptoms and a slight decrease in fuel economy under certain driving conditions.

What Nissan Will Do

To correct this condition, Nissan is conducting an Emission Recall Campaign to reprogram the Engine Control Module in your vehicle.

For vehicles with greater than 50,000 miles, the manifold catalyst will also be replaced due to possible prolonged exposure to higher than anticipated exhaust gas temperatures. Any cracked manifold catalyst or front exhaust tube with catalyst will be replaced regardless of vehicle mileage. This free ECM reprogramming service should take about one hour to complete, but your Nissan dealer may require your vehicle for a longer period of time if catalysts need to be replaced or based upon their work schedule.

I dropped the car off Tuesday evening and was originally told car would be ready by end-of-day. Next I get a call saying they need to order the part but could be provided a loaner. My loaner was a 2013 Nissan Sentra S, equipped with a 1.8L engine, uninspiring electric steering, cloth seats, no sunroof, hubcaps and a no-frills stereo system. Great MPG (32+) and a smooth current-generation CVT were its only redeeming qualities.

Some may remember July 2012 I had a hole in my exhaust system that two dealerships were both unwilling to fix. Midas would’ve done it if I ordered the parts, but combined would be in excess of $1200 out-the-door. So the fact a year and a half later the dealer would be fixing my car free of charge brings an entirely new meaning to the expression good things come to people who wait.

My interest in vehicles using alternative sources of energy runs deep. One in particular is the Nissan Leaf. As a reformed early adopter, I’m enamored by a vehicle that can propel itself without any polluting fumes, or the noise and complexity of an internal combustion engine.

The Leaf gets the equivalent of 129 city / 109 hwy, single speed transmission with instant torque.

So unless I find some crazy good deal after the Leafs off lease I will stick with my tried and true Altima.

Onto another topic. On the subject of making home repairs, plumbing in particular…we decided to have some work done. The toilet in the upstairs bathroom would just run endlessly after flushing. Nothing like fighting with a toilet at 2am playing with the chain with your arm submerged in water while thinking about how exhausted you will be the following day. That and a fear of coming home to a flooded downstairs are what drove me over the edge. We also had some shower faucet issues. Turning on the cold water involved pushing your weight into the handle then turning, hoping the little gear mechanism inside would click and open the valve. We needed new stems, handles, and some other hardware. Whoever fixed it before used the wrong part which is why it never really operated right to begin with. $417 later (bf gave me $150), the bathroom is fine… except for an annoying problem where mold is turning some of the caulking around the tub black.  That’s another job though. May do it myself to save money, or just call someone and hope they don’t try to rape me….

Know I’m bouncing around here, but during the last week I got to experience the beautiful place that we all know and love as Las Vegas. It really rivals NYC as being a city that doesn’t sleep. Great places to go shopping, sight seeing, shows, gambling and drinking. It was Halloween on the first night we landed, I dressed up in a Star Trek uniform and hit up a local gay bar. $20 cover to get in, though drinks were pretty reasonable. I took out $200 from the ATM and came back with 0. Mix some light shopping with that and really didn’t do so bad. My bf and one of our friends got two rooms, both covered the cost. 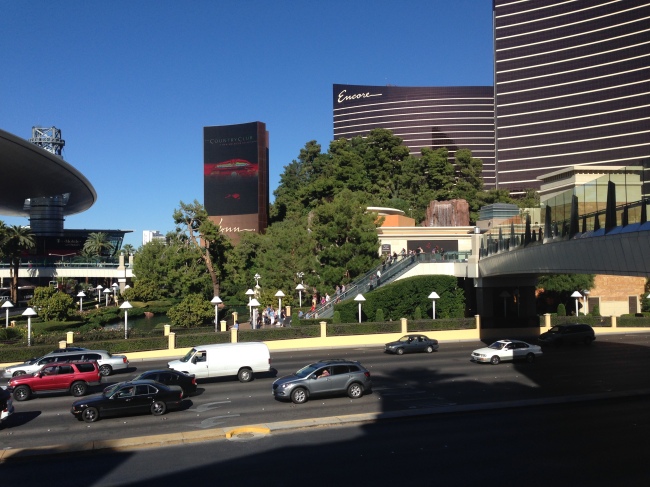 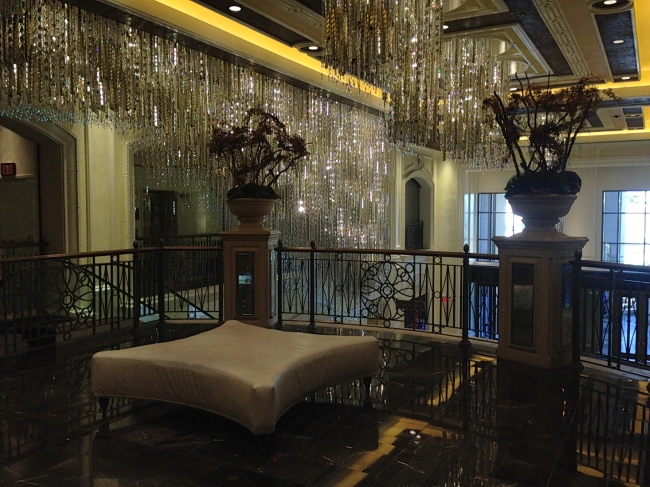 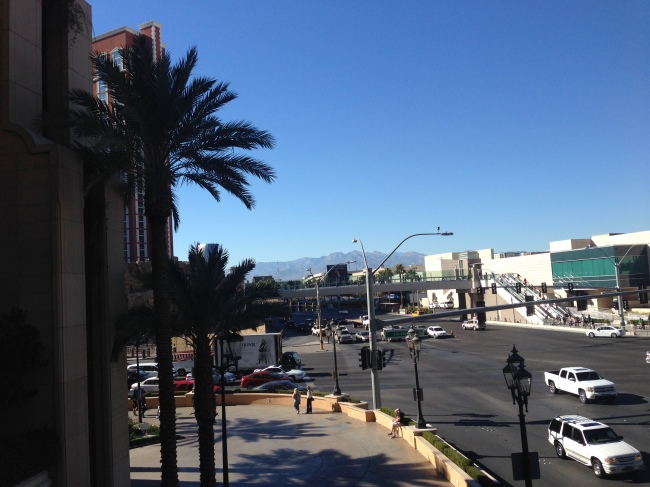 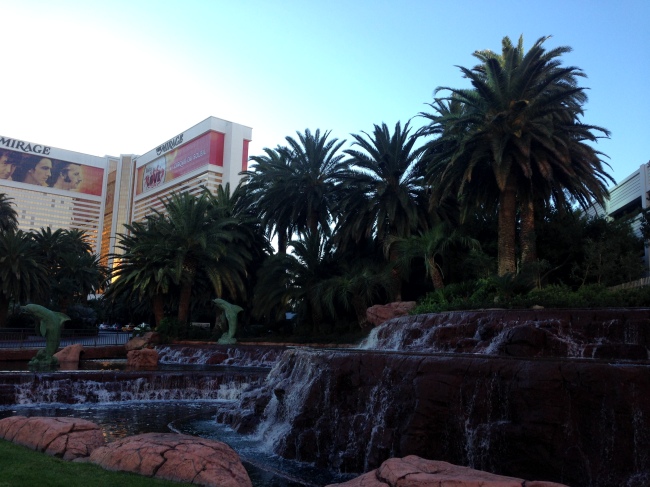 Two of our friends in DFW just got married and we had lunch with them as  Vegas was their surprise Honeymoon destination. Enlightening to see how my friends who have debt spent a ton of money shopping and putting it on credit cards. I shopped very lightly, only buying two pieces of clothing and drinking lightly. My friends know I’m cheap though. O:) Had a great time, I need to go on trips more often.

Also funny as I write this I get notification my AT&T wireless bill was processed. I pay 102.39 a month for it, this month I got a tax credit so it’s only $99.52. I use my phone more than anyone else I know.

Still a lot of money for a *service* though. Between cell and home tv / cable 16% of one paycheck goes toward these entertainment expenses. 10% goes to fuel for my car. I was spending 40% of my check on food. 62% of a check goes to Sallie Mae.

I left my wallet at home yesterday accidentally. Had two containers of Mott’s apple sauce and some raw almonds to eat. I had a hearty breakfast and was only mildly hungry during the day. Bf went out with a friend to see an opera and have dinner. I felt liberated not paying anything for food. Typical Friday I’d spend $40-$60 depending on where I went.

Back to top
OUT AND OUT

My Ongoing Journey to FI & other tidbits of life

"Hold fast to dreams, for if dreams die, life is a broken winged bird that cannot fly." Langston Hughes

An effort to make myself better...

Documenting life in our home...

Good-bye Debt (with less than 5 figures a year)!

This WordPress.com site is the bee's knees

News and reviews from the world of gadgets, gear, apps and the web

The Past and Present Future

Ken Hinckley's Ideas, Visions, and Opinions on the Research Frontiers of Human Technologies

A geek, a laptop, and some spare time.

My Ongoing Journey to FI & other tidbits of life

"Hold fast to dreams, for if dreams die, life is a broken winged bird that cannot fly." Langston Hughes

An effort to make myself better...

Documenting life in our home...

Good-bye Debt (with less than 5 figures a year)!

This WordPress.com site is the bee's knees

News and reviews from the world of gadgets, gear, apps and the web

The Past and Present Future

Ken Hinckley's Ideas, Visions, and Opinions on the Research Frontiers of Human Technologies

A geek, a laptop, and some spare time.